by BK Munn
Frédéric Back, the animator best known for his Academy Award-winning short films, The Man Who Planted Trees and Crac!, died December 24 after a long battle with cancer.
Born in St Arnuald, France, Back was raised in the city of Strasbourg, where he drew cartoons in chalk on the sidewalk outside his home. Inspired by the pioneering cartoonist Wilhelm Busch, he studied lithography at the École Estienne in Paris until interrupted by World War II. During the German occupation, while his Jewish teachers and schoolmates were disappeared by the Nazis and bombing raids devastated the town, he transferred to the École des Beaux-Arts de Rennes, studying under the engraver Mathurin Méheut. In 1943 Méheut facilitated Back’s enrollment in the École des beaux-arts in Paris where the young artist received his first book illustration job and a commission to create a mural documenting the devastation of the war.
Post-liberation, Back hustled for a living, selling pottery sculptures on the street and dreaming of immigrating to Canada, encouraged by correspondence with Ghylaine Paquin, a young Quebec schoolteacher. In 1948, with a guarantee of employment from a Montréal publisher, he crossed the Atlantic and promptly proposed to his penpal. To make a living, he worked on farms and painted tourist scenes for a local guidebook before lucking into teaching gigs at the École du Meuble and the École des beaux-arts de Montréal. After marrying Ghylaine, Back paid for their cross-country honeymoon by producing sketches for the Canadian National Railway.
With a growing family, Back earned extra income drawing comic strips for the children’s magazine François. A colleague at the magazine made the jump to the fledgling Radio-Canada television network and hired Back to create lettering in the titles department, where he quickly become a go-to producer of graphics, illustrations, and proto-animations for a multitude of shows. In 1953 he replaced cartoonist Robert Lapalme providing live, on-air illustrations for the game show Le nez de Cléopâtre.

(This sort of seat-of-the-pants quick draw routine was common in the early days of Canadian tv, with cartoonists George Feyer and Peter Whalley also employed in similar ways at Radio-Canada’s English-language counterpart, CBC.)
Back stretched and refined his techniques on the weekly classical music show L’Heure du concert, where he concocted meticulously researched low-tech animations via paper cutouts and choreographed camera pans, shot live to music. This led to Back creating animated films for a variety of special programs an segments, including providing the illustrations for director Denys Arcand’s first solo film, a 1964 documentary on the life of Samuel de Champlain.
After a sabbatical studying animation in France, Back returned to Montreal where he continued his tv work while designing a restaurant for Expo 67, the stained glass mural in Montreal’s Place des Arts metro station, and a series of children’s books, Ulysse et Oscar.
The first animated film to be solely conceived and directed by Back while still under the aegis of Radio-Canada was Abracadabra (1970). Beginning with his fourth film, ¿Illusion? (1975), he began receiving international attention and several prizes at film festivals. 1981’s Crac!, a 15-minute tour of Quebec’s industrialization from the point-of-view of a rocking chair, won Back the Oscar for Best Animated Short Film in 1982. Tragically, during the making of the film Back lost the use of his right eye from chemical fumes.
With an Oscar under his belt, Back had carte blanche to produce a project he had been dwelling on for a long time. Long-obsessed with environmental issues, he determined to direct an animated version of a short story he had read in the environmentalist magazine Le Sauvage, “L’homme qui plantait des arbres” (“The Man Who Planted Trees”) by Jean Giono. After a long production process the film was released to worldwide acclaim and a second Oscar in 1987. The film has had a tremendous impact, is a perennial festival favourite, and exists in several incarnations as a book and series of popular posters and prints.
Back was much decorated with honours. He was made an Officer of the Order of Canada, an Officer of the Order of Arts and Letters of France, and Chevalier of the Ordre national du Québec, in addition to winning the Governor General’s Award for Performing Arts (Stage) in 1994.
He practiced the message of his films, donating time, art, and funds to many environmental and animal welfare causes and planted thousands of trees.
Frédéric Back is survived by his wife Ghylaine Paquin and her three children Christian , Süzel and Francis . 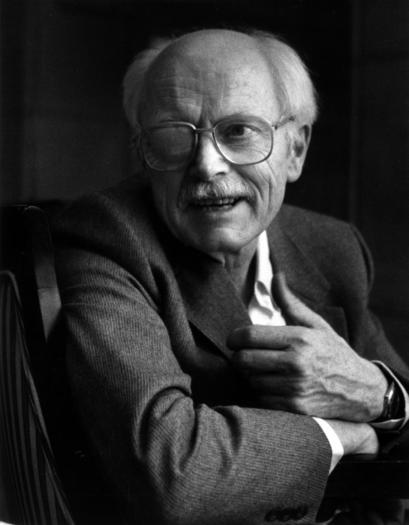