by BK Munn
It’s been a big weekend for comics news. First we had the announcement Friday that Chris Oliveros is stepping down as publisher of Drawn & Quarterly, to be replaced by Peggy Burns and Tom Devlin, and second, the winners of the 2015 Doug Wright awards for Canadian Cartooning were announced during TCAF on Saturday night.
As it has for the past few years, the Awards ceremony took place at the Marriott Bloor Yorkville Hotel adjacent to the comics show. Nina Bunjevac took the top prize of Best Book for her autobiographical graphic memoir Fatherland (published by Jonathan Cape/Random House Books). Meags Fitzgerald won “The Nipper” for her debut graphic novel from Conundrum, Photobooth (the award, otherwise known as The Doug Wright Spotlight Award, recognizes talent deserving wider recognition, and usually goes to a younger artist, and usually heralds future big things). The final prize of the night, The Pigskin Peters Award for avant-garde comics, went to Connor Willumsen for his webcomic “Swinespritzen.”
The Awards also included a short ceremony and film inducting the 93-year-old retired newspaper political cartoonist Merle “Ting” Tingley into The Giants of the North hall of fame.
DWA site 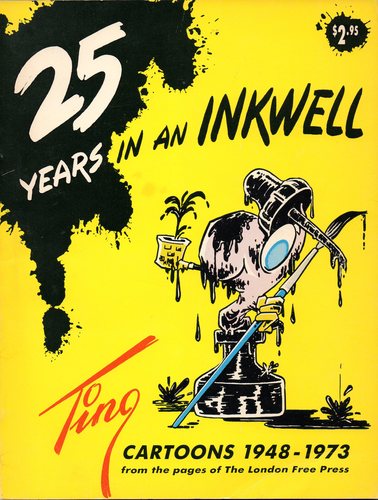 2015-05-11
Previous Post: A Crybaby's Guide to TCAF Schedules and Hot Books: Are We Even Going?
Next Post: The Coville record: Sights and Sounds of TCAF 2015

"Bosses Know Best" is the slogan of Mr. Block: a bumbling, boss-loving, anti-union blockhead, brought to life over a hundred years ago by subversive cartoonist and IWW activist Ernest Riebe. Mr. Block has written himself into labour history as the working class’s biggest blockhead. Why? Because he believes that the wage system is basically good and the bosses have his best interests at heart.Join us for a virtual panel discussion on Ernest Riebe's labour cartoon anti-hero Mr. Block, and find out why his exploits still resonate today. In this panel, the authors of two new books on the legacy of Mr. Block will discuss the enduring lessons from Riebe’s subversive comics and satirical writings poking fun at conservative workers’ faith in the capitalist system that exploits them.More info here: fb.me/e/2qXolU6FI ... See MoreSee Less