“We look at the present through a rear view mirror. We march backwards into the future.”
― Marshall McLuhan
Sequential presents The Janus Project. During the next few weeks of this shiny new year cartoonists and critics and retailers will sound off on their favourite comics and comics-related moments of 2013 while also looking forward to things to come in 2014. (Thanks to Mark Connery for the great Janus comics graphic! Mark has a new book that will debut at TCAF this May: Rudy will be published by the Minneapolis-based 2d Cloud.)
_____
Next up is Sean Rogers. Sean is a journalist and academic who teaches an interesting-sounding class about comics history at York U.
—–

The Janus Project
by Sean Rogers

I contributed a top 5 list to the Globe in 2013, which I’ve replicated in the first few entries below and let stand. There were a ton of great new comics this past year, though, so I’ve fleshed it out to a top 20:
01. Ben Katchor, Hand-Drying in America and Other Stories. More than a decade’s worth of strips from one of our finest working cartoonists. How could this not bethe year’s best book? (I wrote about it for The Comics Journal.)

02. Gilbert Hernandez, Julio’s Day. For me, still head and shoulders above the rest of Beto’s mental 2013. More

03. Blutch, So Long, Silver Screen. I’ll be returning to this book, trying to work through its mysteries, or even just looking at its brushwork, for a long, long time. Here’s hoping it’s primed the pump for more Blutch in English. (I wrote about it in Cinema Scope 56.)

04. Michael DeForge, Very Casual. I’d include Lose #5 but I know I’ll just have to list it again next year when it’s reprinted in the sure-to-be-great A Body Beneath. (Dittofor another excellent pamphlet, Optic Nerve #13.) (I wrote about DeForge for the Globe.)

05. Geneviève Castrée, Susceptible. Surely this book haunts everyone who reads it. The pain, wariness, and determination in her characters’ eyes won’t quit my mind, at least. http://www.drawnandquarterly.com/shopCatalogLong.php?st=art&art=a4ff602c5dde6a

06. David B., Incidents in the Night, vol. 1. Forget Borgesian—this is B.-ian. The somnambulant adventure story, the stylistic contortions, are all B.’s own. More

07. Jacques Tardi, Goddamn This War! Sure it’s no Trenches, but what is? This is still angry, harrowing, but beautiful stuff. (I should note that I still haven’t seen Sacco’s Great War.) More

08. Gengoroh Tagame, “Arena.” The rest of the book is swell too (not to mention swollen), but this is the story where the brutality that’s inflicted on the main character is so punishing and insurmountable that it approaches transcendence. More

09. Lisa Hanawalt, My Dirty Dumb Eyes. Funny stuff that’s funny in a way no one else can replicate, and gorgeously crafted. Hanawalt’s distanced responses to pop cultural phenomena have all the innovative charge of early MAD parodies. More

10. Anders Nilsen, The End. Over and over again, Nilsen revisits the trauma of a loved one’s passing until it results in this black pearl of a book. More

11. Kim Deitch, The Amazing, Enlightening and Absolutely True Adventures of Katherine Whaley. Deitch is far greater a draughtsman than a wordsmith, so it takes some adjusting to get used to more text and fewer comics, but it’s still a delight to return to his screwy world for another century-spanning gaggle of tall tales starring beavers and immortals. More

12. Taiyo Matsumoto, Sunny, vols. 1-2. Recommended more for the second volume, where the rhythms have slowed down a bit and the emotions are even more intricately tangled up. Though it’s tough to take everyone shouting all the time! More

13. Jim Woodring, Fran. Like Eco’s idea of how Superman stories work, this one closes the circle opened by Congress of the Animals, and resets the clock for Frank’s existence. Tomorrow he will wake up selfish and fickle once more. More

14. Ulli Lust, Today is the Last Day of the Rest of Your Life. The heft of this thing is crucial, if only for the way it keeps building up and building up an unbearably oppressive weight as the young artist travels deeper into Italy. More

15. Judith Vanistendael, When David Lost His Voice. Though it’s David who’s dying, every character looks equally fragile, equally washed over with melancholy watercolours as they all try and cope with his illness. Vanistendael’s lithe figures evoke Feiffer, but so does her rare ability to create vibrant people trying not to be crushed by the world. More

16. Suehiro Maruo, The Strange Tale of Panorama Island. I actually don’t remember much about this one now other than the sheer feats of drawing and some pre-war decadence, but sometimes that’s enough. More

17. Anya Davidson, School Spirits. No more exuberant comic appeared this year. No comic was more in love with the messiness of life. More

18. Peter Bagge, Woman Rebel. Bagge is probably our finest classical storyteller in comics form, a Barks or Stanley for our age. To watch him distil the life of Margaret Sanger into comic book shorthand is beyond impressive, and always funny. More

19. Tom Kaczynski, Beta Testing the Apocalypse. I love it when artists take comics seriously: cartooning can be a forum for ideas. (I wrote about it for The Comics Journal.)

20. Ed Piskor, Hip Hop Family Tree, vol. 1. An art form in the offing, and youth culture bubbling over, treated with contagious enthusiasm and constant digressive insight. More
—–
I’m at least a couple volumes behind on Schulz and Gottfredson and Gould and Tezuka and so on, but the best new reprint projects I read this past year were as follows.

–various (Peter Maresca, ed.), Society is Nix. Still making my way through this one, but anything Sunday Press puts out is essential, of course. So great to pore over these huge Outcaults, among others. More

–Crockett Johnson, Barnaby, vol. 1. The last pantheon-level comic strip to receive a deluxe reprinting was well worth the wait. O’Malley is the finest comic character in American literature since Twain’s old deadbeats and frauds. More

–Seiichi Hayashi, Gold Pollen and Other Stories. “Dwelling in Flowers” stands out, for its gorgeous palette and its sublimated ferocity, but jeez what a gift this whole book is to those of us starved for the Garo greats. Tsuge next, please. More
—–
Minicomics
I didn’t keep up with small press stuff to the extent I’d have liked this year. But here are some highlights anyway.

John Porcellino, King-Cat 74. I think it was Tom Spurgeon who correctly identified this as the best comic book series ever made. Porcellino’s drawings of bridges in this issue really got to me—bridges! http://johnporcellino.blogspot.ca/2013/11/king-cat-74-pre-orders.html

Patrick Kyle, Special Friend. This cracks me up in ways I will never understand. Durgie and Babylon are my favourite current comics characters. More

Simon Hanselmann, St. Owl’s Bay. Liked this more than Life Zone, maybe because it was at once a smaller dose and a grander canvas. More

Warren Craghead and Marc Geddes, Outside 1 and 2.> I want a big book full of Craghead’s comics. Or maybe just a room full of them, printed on wispy sheets of paper that blow around like leaves and that I’ll sample at random. More
—–
LOOKING AHEAD

The first comic I read in 2014 was Michael DeForge’s Ant Colony, which is a fantastic and distressing way to start the year. The coming months also promise a double- dose of Frank King, as well as Patrick Rosenkranz’s S. Clay Wilson book, and Brian Evenson’s monograph on Yummy Fur, which are what I’m most looking forward to.
But here’s a baker’s dozen more that I’m all worked up about: 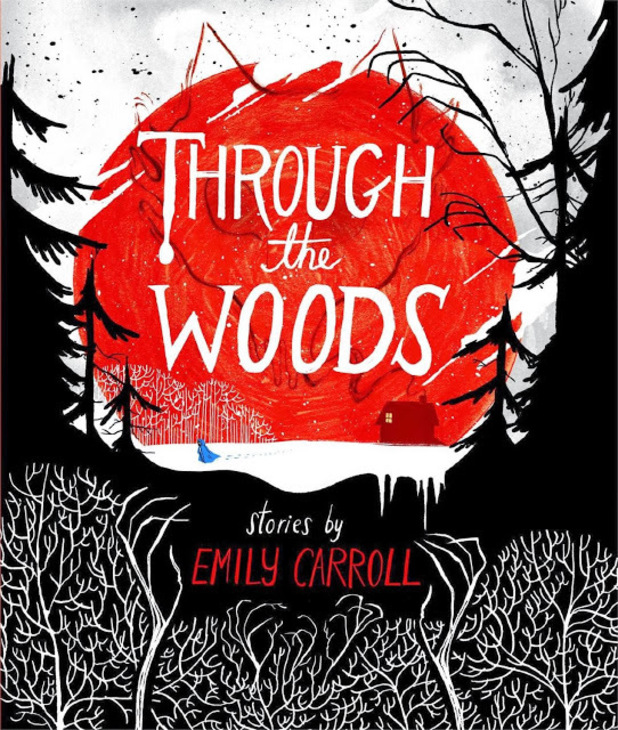 Emily Carroll, Through the Woods.

Michael DeForge, A Body Beneath.

Jillian and Mariko Tamaki, This One Summer.
—–
THANKS SEAN!